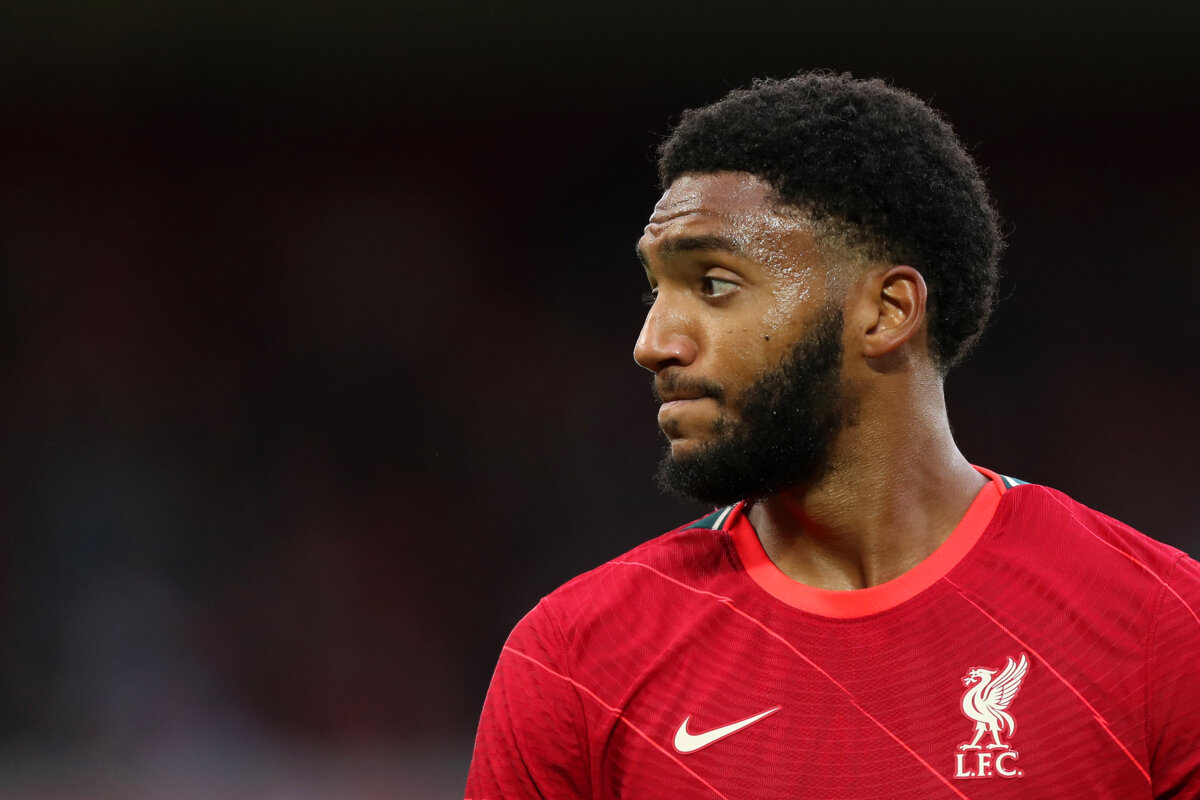 Liverpool are in talks with centre-back Joe Gomez regarding a new deal, according to Sky Sports News.

The England international was behind the likes of Virgil van Dijk, Joel Matip and Ibrahima Konate in the pecking order last season.

With that being the case, Gomez only made 21 appearances for Liverpool’s first-team across the 2021-22 campaign.

The 25-year-old has been linked with a move away from Anfield as a result. However, the Reds are doing their best to retain Gomez.

As reported by Sky Sports News: ‘Liverpool defender Joe Gomez is in talks over a new contract at Anfield, as Jurgen Klopp looks to stave off interest from a number of other Premier League clubs.

‘Gomez’s current deal still has two years left to run, but Sky Sports News has been told it is a top priority for new sporting director Julian Ward to secure Gomez’s future.

‘Klopp and his coaching staff consider Gomez to be England’s best centre-half, and even though he has struggled for game-time since recovering from a serious knee injury two years ago, he is still very much part of Klopp’s plans.’

Gomez’s current deal expires in the summer of 2024.

We would love to see Gomez sign a new deal with Liverpool. The reality is, he is a very good centre-back.

Gomez averaged a WhoScored player rating of 6.78 across the 2019-20 Premier League campaign (28 appearances). Liverpool went on to win the title that particular season.

But, since then, Gomez has struggled to get a game for the club’s senior XI. Injuries have certainly impacted Gomez’s availability, which has allowed the likes of Matip and Konate to cement their place in Klopp’s plans.

However, both Matip and Van Dijk are in their 30s. So, we are confident that Gomez will get another opportunity to play consistent senior football for Liverpool.

Hopefully he signs a new deal with the club.