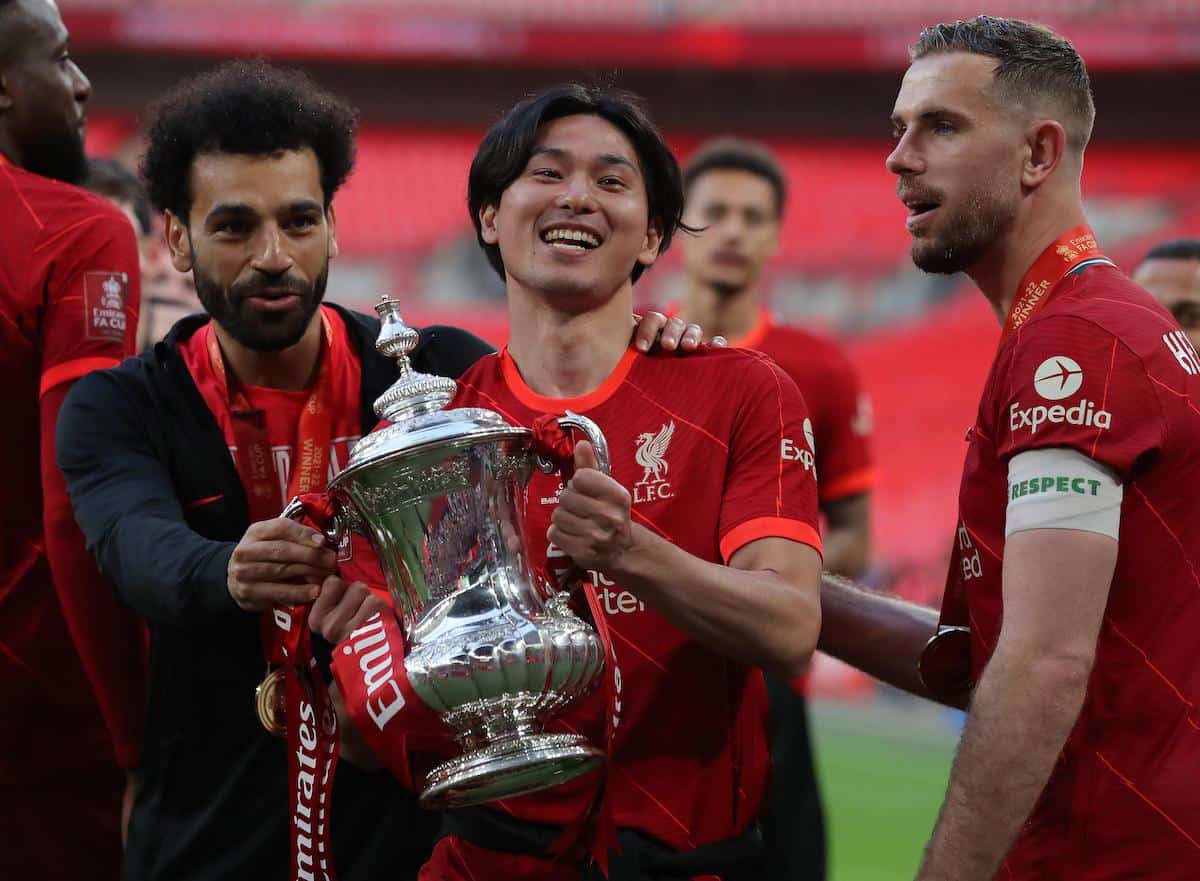 Takumi Minamino has wished Liverpool “all the best” and thanked the fans for their support after his time with the club officially came to an end with a move to Monaco.

After 55 appearances and 14 goals since arriving in January 2020, Minamino’s Anfield spell is over, as he sought the regular game time that was not forthcoming under Jurgen Klopp.

The manager lauded the 27-year-old following the announcement and appreciated that “his contribution far outweighs the opportunities we were able to give.”

The hope is now that he thrives for Monaco and can deliver the game-changing moments that he did for Liverpool, after the club agreed a deal worth up to £15.5 million.

Minamino’s contribution last season was significant in the League Cup and FA Cup triumphs, and after fans showed him love for all he has done, the Japan international reciprocated in his farewell message on Instagram:

“I was so happy when I joined the LFC family 2 and a half years ago but my time has come to an end.

“I had a fantastic time and I will never forget the massive support I received from you all at Anfield.

“I wish you all the best.

It is a short and sweet message that has seen the likes of Jordan Henderson and goalkeeper coach John Achterberg wish him “good luck” in return for his new adventure.

Minamino leaves after his most prolific season for the Reds, scoring 10 goals in only 22 appearances – with only Mo Salah, Sadio Mane, Diogo Jota and Roberto Firmino netting more in 2021/22.

A fresh start awaits for a player who will be fondly remembered at Liverpool.