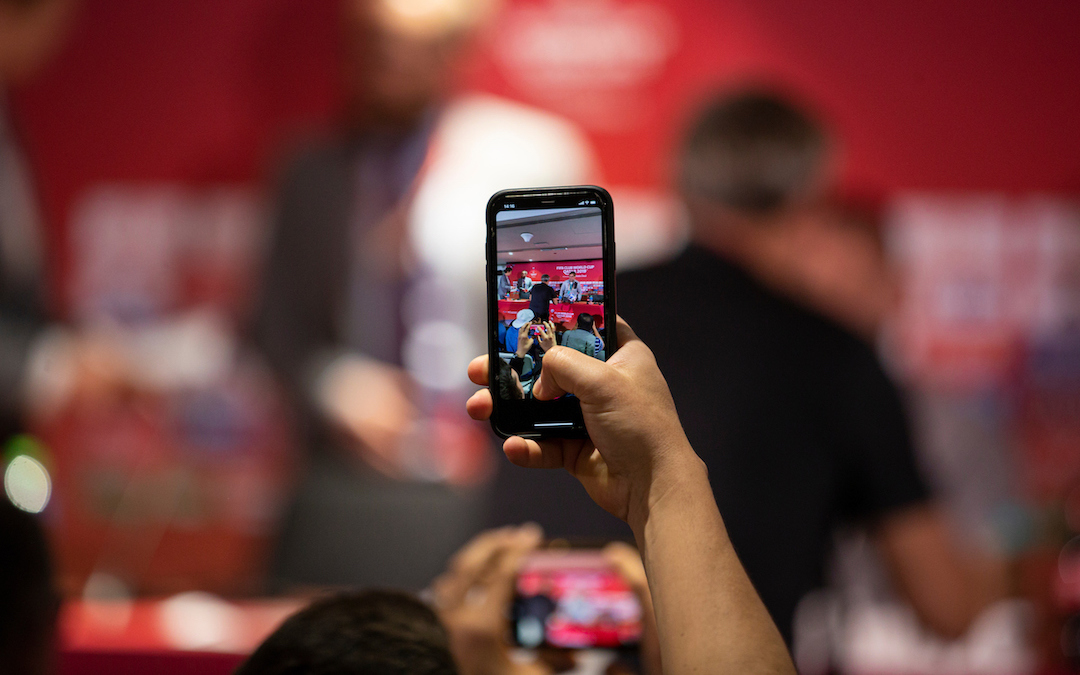 The Evolution Of Football Fan Culture

Charting the evolution of football fan culture down the years, and how it has changed interaction between supporters…

IN October 2003, I tentatively set up an account on the newly established ‘Through the Wind and Rain’ forum.

I was a fan of the fanzine and thought I might share some views with fellow readers so ventured the opinion that Hector Cuper, who had just been sacked as manager of Internazionale, might one day take over for Gerard Houllier in the Liverpool dugout.

It transpired that Ged would be replaced by a former Valencia manager at the end of the following season, but not Hector. In any case, not one person replied. Quite right too.

On Saturday, 15 of us took to the Thames for our 15th TTWAR Boat Trip in 18 years (two abandoned to Covid and one due to the river overflowing). Since 2005, when 11 of us decided we wanted to meet up for a pint after Istanbul but before the pre-season friendlies, there have been about 40 or so of us corralled by my mates Andy and then Mick onto boats and made to enjoy ourselves.

Eighteen years is a long time. Over the years we attended each other’s weddings and subsequent christenings and, sadly, funerals and witnessed breakups and divorces. Lives shared.

Since those early days, hair has lightened or disappeared altogether, skin is ruddier and cracked and talk has moved on from football to simple catching up on family life. What remains though is a band of mates bound together with one central element. Liverpool Football Club.

This is not to say that we are especially important. Ours is a little group similar to thousands of parallel groups.

Our very first trip saw us in a curry house in South London where we saw and heard a bunch of lads with familiar accents at the other end of the room. It turns out they were Liverpool lads living in London from the RAOTL forum who were out for a pint and a curry. A hell of a coincidence, but one that proves my point.

You probably have your own WhatsApp groups or similar with mates. Maybe you’ve moved onto doing your own podcast or set up a list of likeminded mates on social media. Nevertheless, we’re all tied to the same thing.

The term ‘fan culture’ is often sneered at by those who aren’t caught up in it. How can you apply the word ‘culture’ to people sitting down watching others run around? Obviously, man being man, it swells to danger occasionally and there are many falling outs as there are friendships, but it’s important to remember just what we have. And what the game has from us. Our voice matters.

The game is about friendship but it can be about so much more. Gareth Roberts left TAW this week and I hope he doesn’t mind me saying that he’s brought pleasure to thousands of Reds around the world. I was lucky enough to write a few things for his Well Red magazine and he’s been a huge influence on me, tea tastes aside, ever since. He’s a fan who has brought others together.

Meanwhile, Dan Austin has gone from fan to journalist to taking on the entire French government seemingly single-handed. Both are just normal, everyday lads who wanted to share a view or two and talk about a huge part of their lives. They’ve added to joy and importance to of all this

There’ll be fans of other clubs who’ll frown here and wonder why we think we’re so special in all this. It’s nothing of the sort. In this age, anyone of any club can tap at a phone and get involved in the debates, be it football, match or fan culture.

More talented people than I can describe what we go through week in, week out. They can lobby on our behalf. They can extend our own thoughts into debate. They can argue and praise and decry, but it’s important that it’s us, the ‘end-user’ in all this, not the club or the media that can speak for us.

Have you ever seen a football-based advert that accurately depicts fans? I doubt it. It’s all rattles, bobble hats and children gazing reverentially at stadiums. There’s nothing about the songs, the routines, the traditions and superstitions about this. What about the experiences that involve the game as a central component but are felt away from the game?

If you’ve considered writing about any club or football-related issue, there’s a site and an audience out there for you. I run a non-LFC site (it’s nice to cover other stuff sometimes) called Some Green Grass where I welcome new writers who want to talk about anything around the game. There’s a host for you somewhere.

I hope your experience of fan culture is as rewarding as mine has been.

Download The Anfield Wrap’s free app for Liverpool FC podcasts, video and writing all in one place…

Well done to all who took part in the @HillsboroughSu1 21 mile walk. Now time for a well deserved pint! 🍻