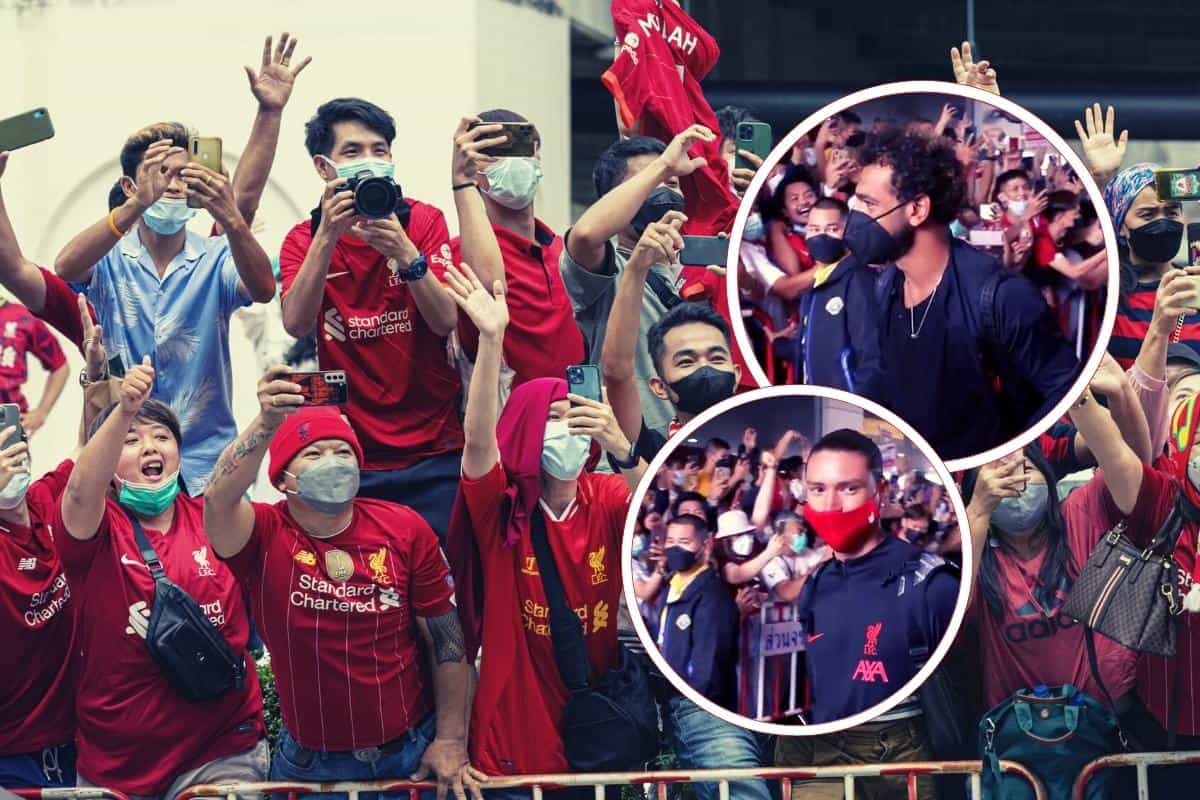 The incredible scenes that greeted Liverpool in Thailand!

For Darwin Nunez and Fabio Carvalho, the global power of Liverpool just became real as Thailand turned up the noise to greet Jurgen Klopp‘s squad upon arrival.

With no tour scheduled since 2019 due to the pandemic, Liverpool’s ventures to the Far East have been a long time coming and the team arrived in Bangkok on Sunday.

Jurgen Klopp, Jordan Henderson and James Milner immediately fronted the sea of press and it had the manager saying, “Thank you very much for the warm welcome.”

While there were cameras galore, there was also a passionate welcome from the club’s supporters, many of whom had been waiting for hours, outside the airport and the team hotel with the decibel level on another scale.

Some welcome for the team and an eye-opener for those who have not experienced such scenes before, simply incredible:

Sound ? for an incredible reception for the Reds! #LFCPreSeason pic.twitter.com/qPwaSlwrlf

Mohamed Salah, who made his own way to Bangkok, had an early taste of what was to come as he made his way through the airport on a buggy, much to the delight of the Thailand Reds!

Hundreds of fans lined the streets, but some even were there to greet the Reds on the tarmac when they landed!

The welcome is extraordinary and these players will never forget the experience, you can only imagine what some of the young players are thinking!

The power of Liverpool Football Club is something else.