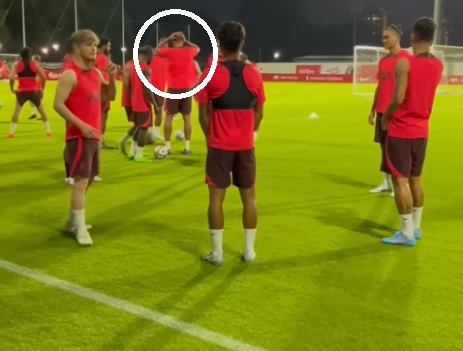 Fans hoping to get some classic Joel Matip comedy action will not have been left disappointed by the Cameroonian so far whilst Liverpool take part in their pre-season tour of Asia.

Spotting an opportunity, Harvey Elliott knocked a ball through the defender’s legs during a friendly game of keepy-ups with Fabio Carvalho and Co. much to the dramatic shock of the former Schalke star.

It’s a rare moment when the 30-year-old is caught unawares, though it’s always worthwhile in training to catch his unfiltered reactions.

You can catch the clip below, courtesy of Liverpool’s official YouTube channel: