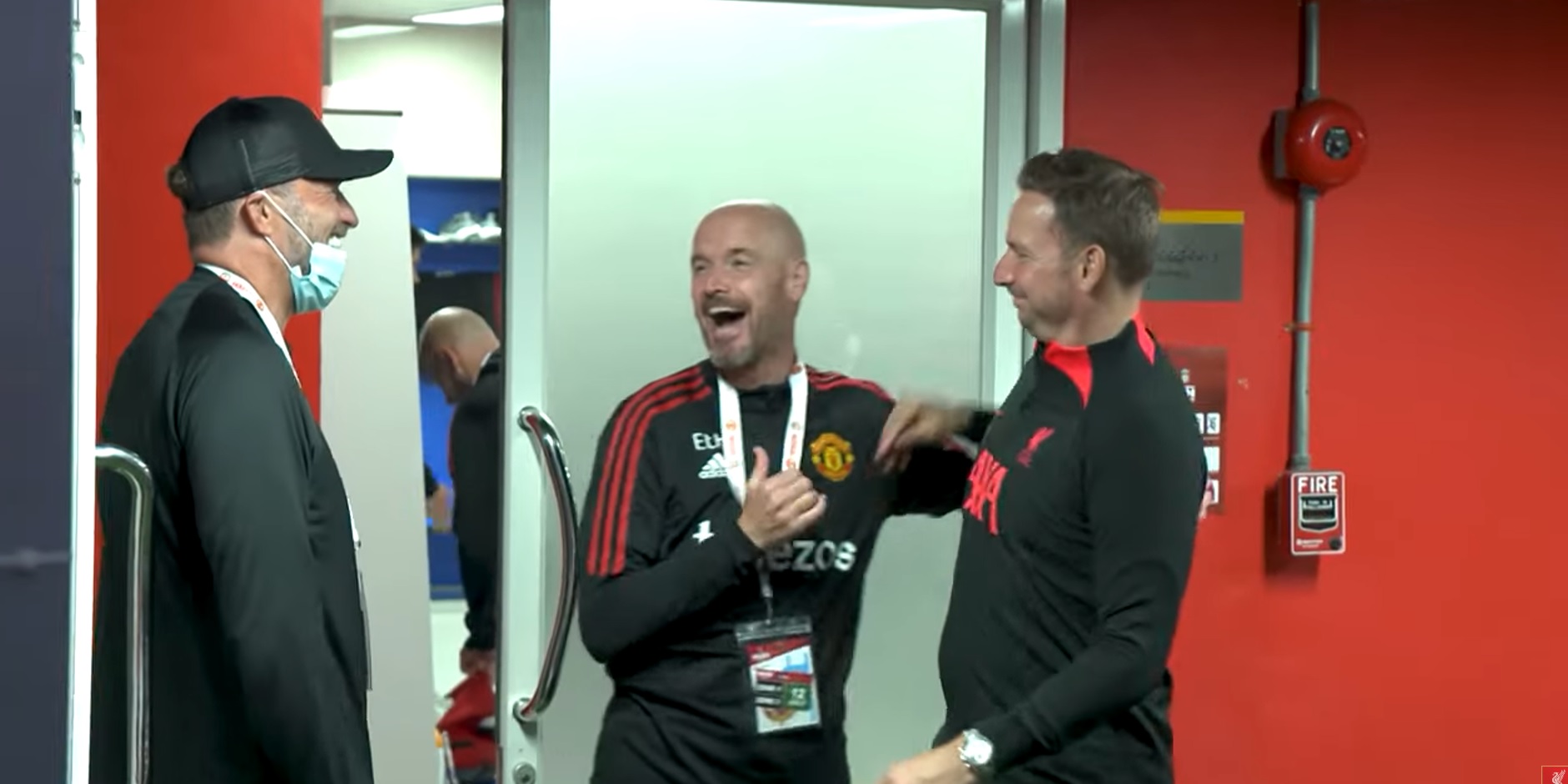 Jurgen Klopp, Pep Lijnders and Erik ten Hag were spotted enjoying a jovial interaction prior to Liverpool’s meeting with Manchester United in Bangkok.

The latter emerged 4-0 winners from the encounter with the Red Devils capitalising on cheap errors from a Reds side that was rotated three times on the day to give appropriate exposure to young talent.

It’s not a result fans will have wanted to see, though one that should by no means be taken as indicative of how we’ll fare in the 2022/23 season.